This term – net-neutrality – has been driving me crazy for a while. I’ve tried researching it before, and admit that my eyes glazed over before I could wrap my head around it. Now that it’s back in the news again, with California just enacting state legislation, I’m determined to at least get a grasp on the basics. Here’s what I’ve learned.

True net-neutrality means that all internet users and all internet data are treated equally. Everyone signed up with Shaw gets internet access at the same speed to all internet sites and services. You can’t pay more for higher speed, all services count against your data plan, and no particular websites, apps, or services are blocked or slowed down. 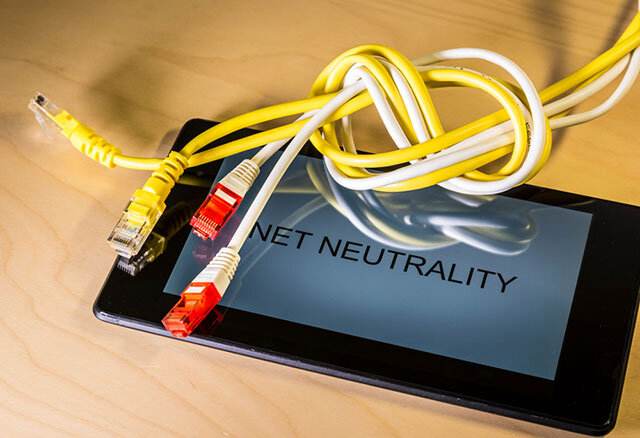 Net-neutrality is a defense against being able to control access with money; which can, and is being done now in many countries, and between a variety of Internet Service Providers (or ISPs, like Shaw and Bell) and some online services. For example, one ISP in the United States offers free access (no data charges) to certain music streaming services who pay the ISP, rather than charging the consumer. Some ISPs slow down or “throttle” data being uploaded or downloaded from specific sites or services.

One of the reasons that the term is confusing is because there are varying degrees of net-neutrality. In Canada, for instance, ISPs are not allowed to alter access speeds based on websites, but they are permitted to charge more for higher speed access to any and all sites.

California’s new law implements true net-neutrality, which the federal U.S. government, among others, object to, and are actually taking the matter to court. It will be interesting to see how that turns out.